A RIDE ACROSS THE COUNTRY

80 kilometres before lahore the escort waves goodbye, prepares for the u-turn and is gone.
like lost children we stand at the roadside. there is no one to show us the way or to choose our sleeping place.
a strange feeling.
for about 800 kilometres we had the escort, 24 hours a day, with up to four armed men, called levies, mostly in a toyota pick-up truck. now they are gone.
before entering pakistan we hear nerve-racking, defiant stories here and there about escorting through the precarious part of baluchistan. it’s true, it’s exhausting to drive so close to afghanistan, to race along the motorway against oncoming traffic, to make a thousand entries in old-fashioned, thick ledgers, to endure never-ending changes of escorts and then in the next moment to sneak along the road, despite an absolutely empty carriageway. but that’s the way it is, full stop.
discussions will not shorten the route and will not disband the armed guards.

please note, it’s absolutely free, it takes a maximum of eight days of your journey and it’s people who risk their lives for you. to travel there is your own decision. so what!

luk is the first family member to set foot on pakistani soil. he walks hand in hand with a heavily armed border guard in camouflage look.
shortly afterwards we women get rid of the tiresome headscarf. with a smile on our western faces the feeling of regained freedom follows and the first breeze blows through our hair.
for days we drive through barren, desert-like landscapes. dust covers the ground, dryness pervades the land, but the sky shines a powerful deep blue. when nature is infused with dreary charm, a splendidly colourful and devotedly decorated truck thunders by every kilometre. fireworks for the eyes, that’s how beautiful the cars are here.

on new year’s eve we reach quetta. today we celebrate. an absolutely terrific secret service organizes a magnificent leg of lamb for the barbecue, beer and whatever else our hearts desire. there is dancing around the campfire with children, skittles and machine guns. joyful faces shine in the glow of the blazing light. new year’s eve is crowned with a cake of friendship, which we receive as a present. to experience such surreal things you probably have to go to pakistan.
the next day only we women are invited for dinner by a young student in her family home. sitting on fluffy oriental patterned carpets, we enjoy traditional cuisine and the most delicious green tea in a long time.
we satisfy our mutual, overbrimming curiosity with colourful questions and get interesting, but also for our western point of view sometimes incomprehensible answers. for example, we are told that in very traditional families women are only allowed to get in contact with men who are known in the family.
but most of all we feel the deep longing of the people to shake off the generally negative reputation of pakistan.

after releasing the escort, we sleep well as we head north through the idiosyncratic pakistani traffic, with the aim of seeing the rothas fortress of 1541. the gigantic fortress was commissioned by sher shar. twelve massive gates grant access to the 70 hectare complex. even elephants patrolled its colossal, curved walls dotted with loopholes. a masterpiece of islamic military architecture.
luk is fascinated by the embrasures and their function as we walk along the wall. to protect us from robbers, explains paul. since that moment, robbers and the confrontation between good and evil have been high on his imaginative play list.

full speed ahead brings us closer to the brand new highway of the modern new capital of islamabad with its famous faisal mosque. the metropolis is located right next to the traditional old capital of rawalpindi.
wide, straight, expansive avenues, finely laid out parks and pretty villas replace winding alleys, busy hustle and bustle and heavy, steaming smog as the new seat of government.
the picture is pervaded by men, in their salwar kamiz, or english punjabi suit. the salwar, the baggy trousers are worn with the kamiz, the knee-length buttoned shirt with side slits. in addition, one often sees cool, white, high sneakers, which are absolutely showy, open slippers or covered leather steps.
in rawalpindi we want to have our bus decorated pakistani style. colourful, powerful and eye-catching. after two days of unsuccessful search, in the midst of the hustle and bustle and all imaginable smells and scents, we give up and head for the indian border.

in lahore, an energetic and chaotic city, we find an oasis of peace. father john opens the gates of his cathedral for us. in the morning more than 50 eagles devoutly circle around us. the kings of the air are floating in a sublime and concentrated way, far away from all the hectic rush.
we have almost reached india, but before we do so we marvel at the spectacle of the daily border closing. the wagha border is the only border that foreigners can cross between countries that have been enemies for generations. it is not just any border. it is a very special one. large grandstands adorn both sides of the demarcation line. every day thousands of visitors find space to pay homage to their sides. the sad enmity is celebrated in a bizarre way. incited by whippersnappers, the masses roar the names and the grandeur of their countries:

it rings in your ears. the perfectly uniformed soldiers march in double quick step and show their jagged choreographed show. at the beginning and end, the enemies shake hands, one of the most beautiful moments. unfortunately, this gesture is completely lost on the ecstatic audience.
what they don’t know, these two countries have so much more in common than separates them.
standing in pakistan and looking at india is a massively overpowering feeling. emotions are jumping wildly. joy, euphoria, tiredness, bliss, perfection, excitement. all at once everything is so close, so real, so gripping.

we are at our destination. 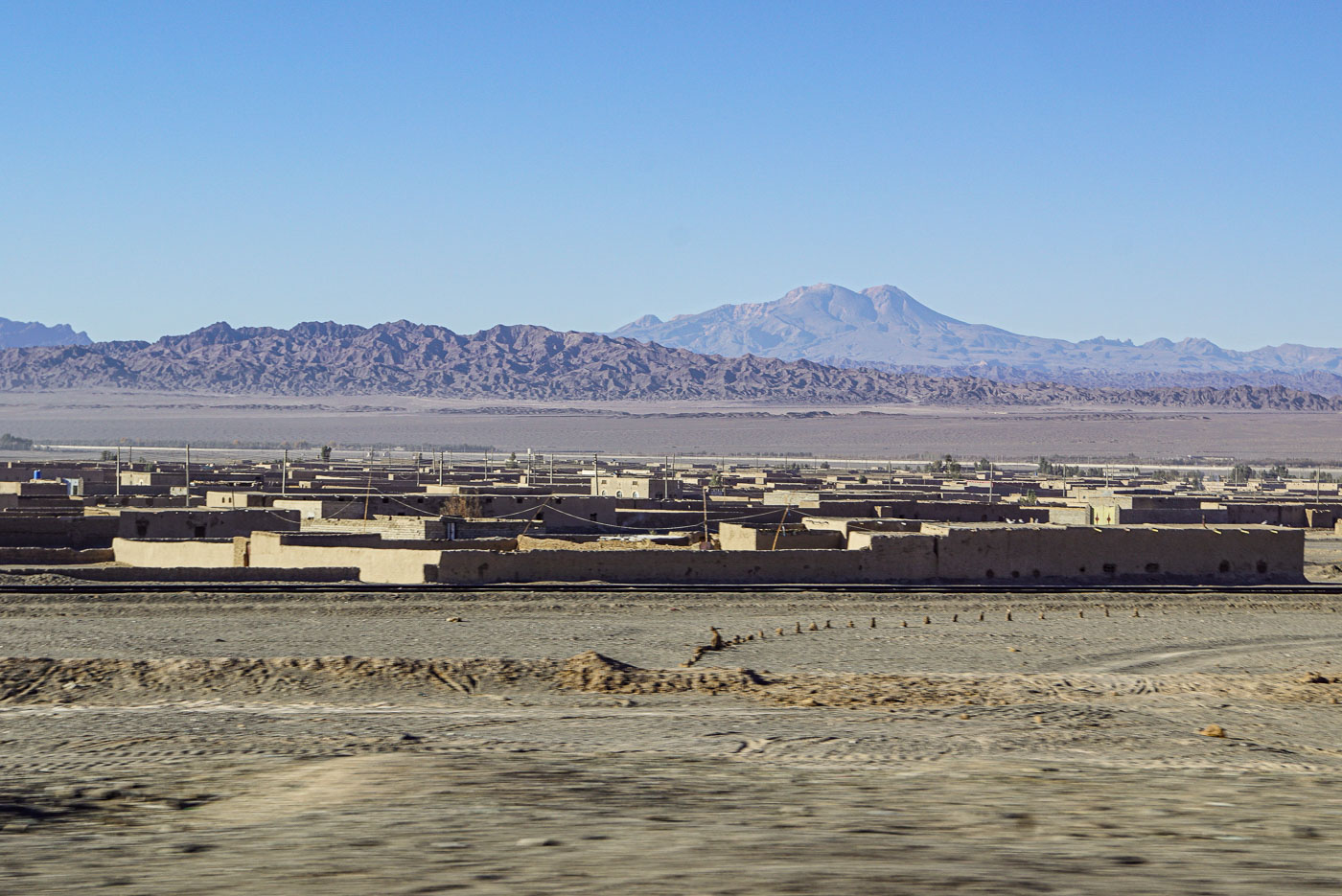 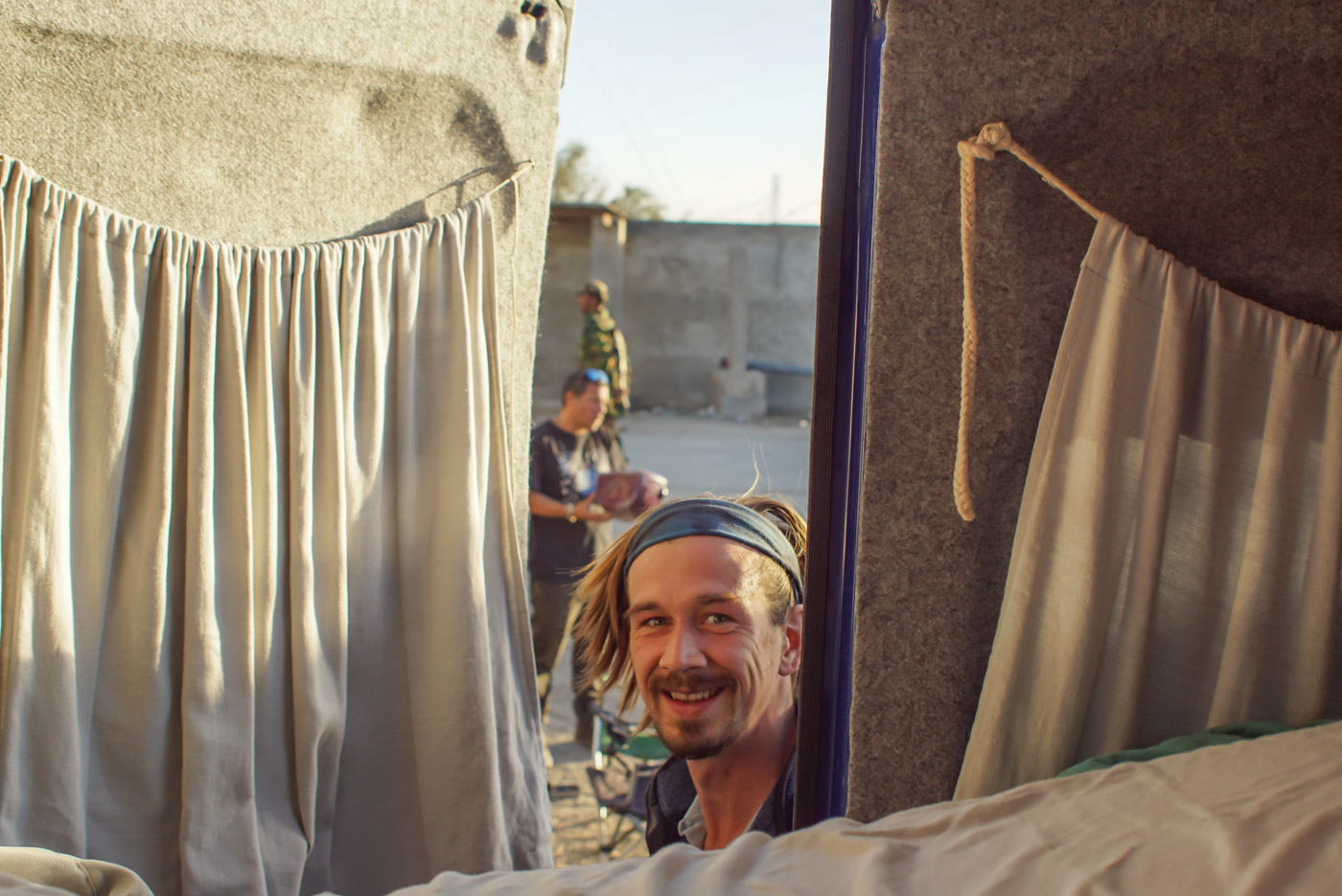 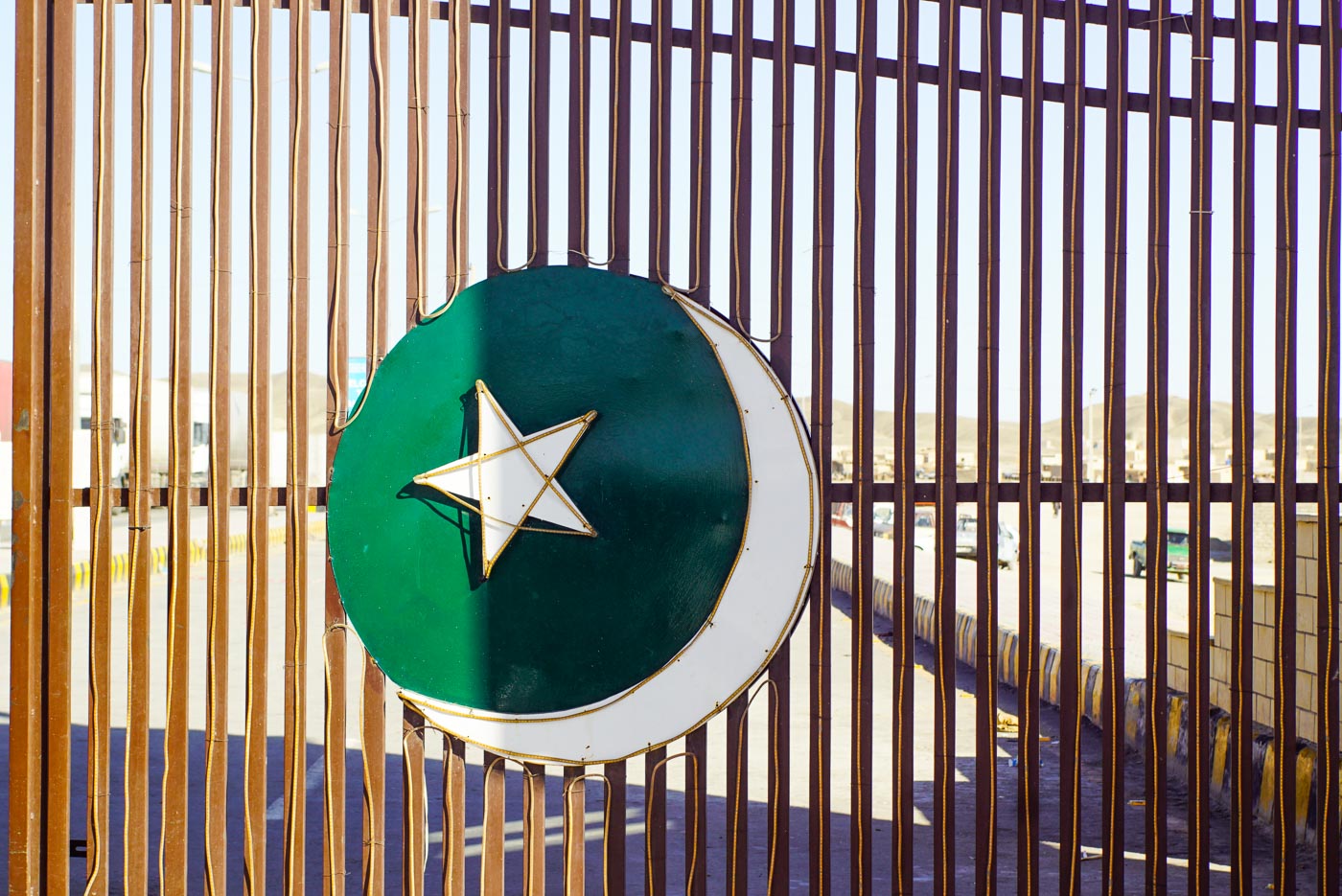 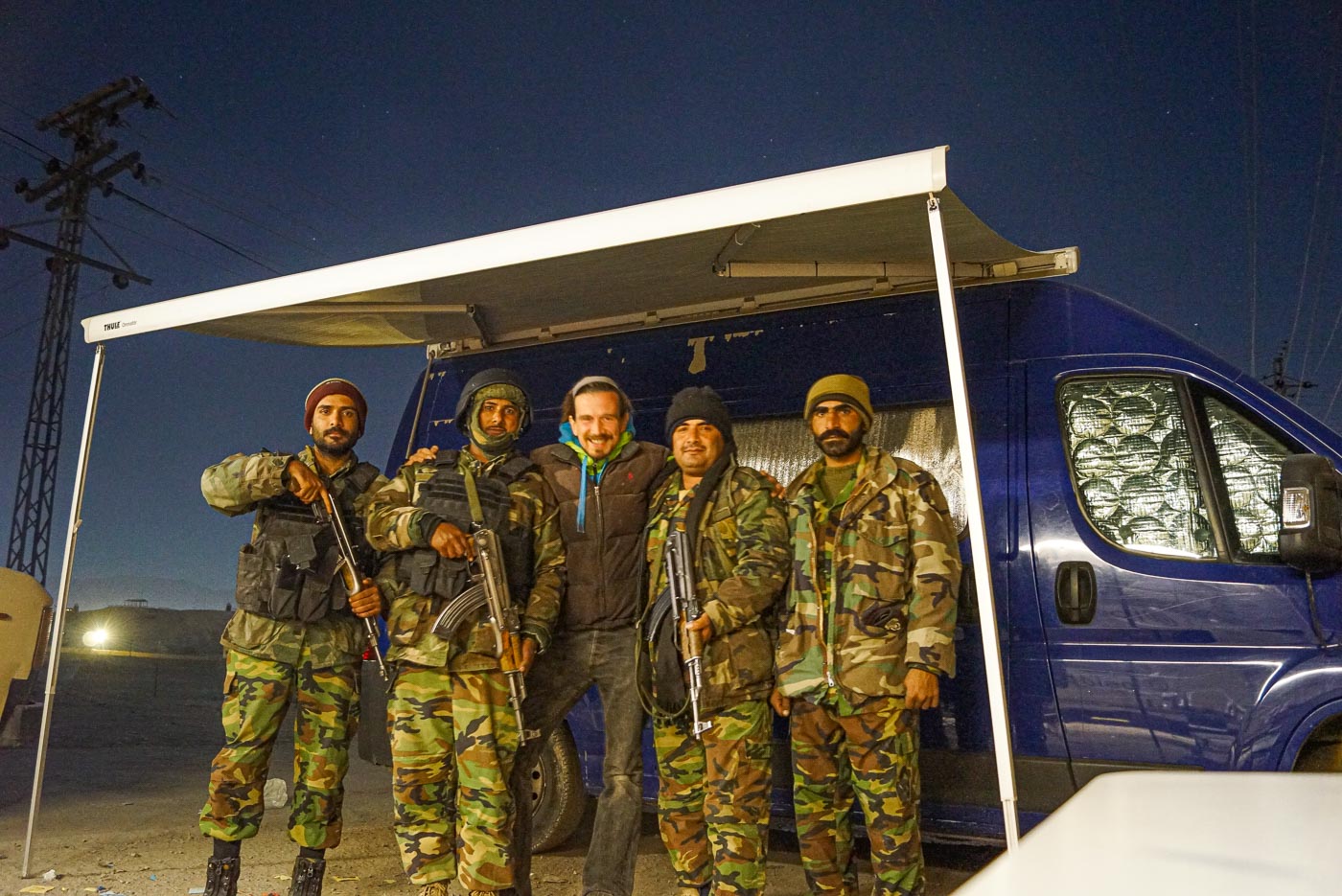 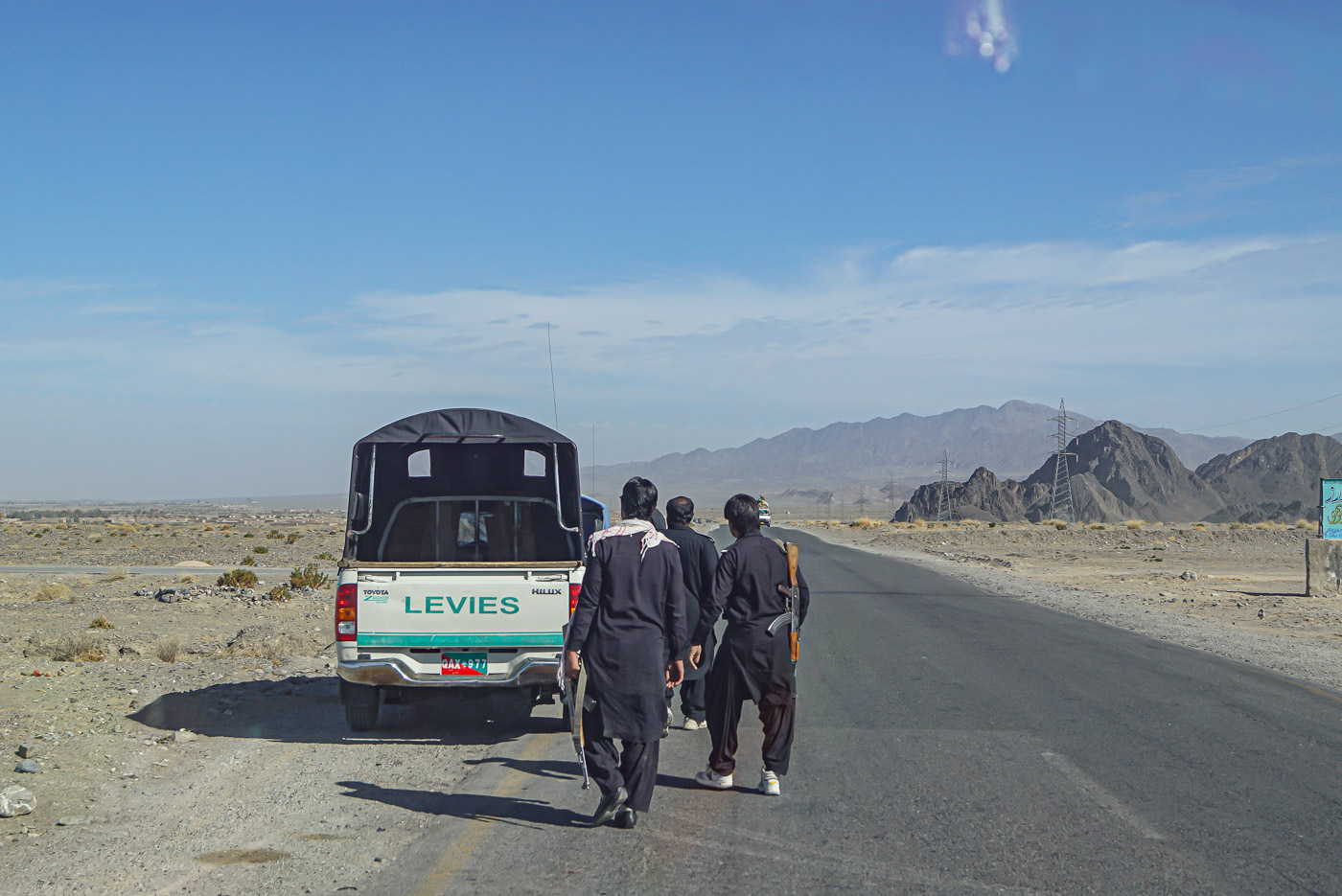 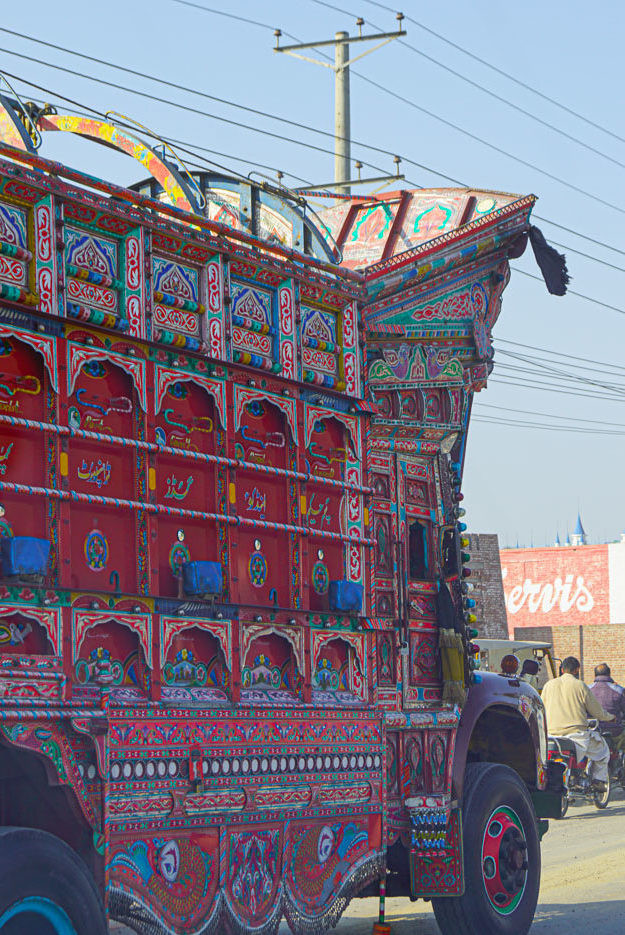 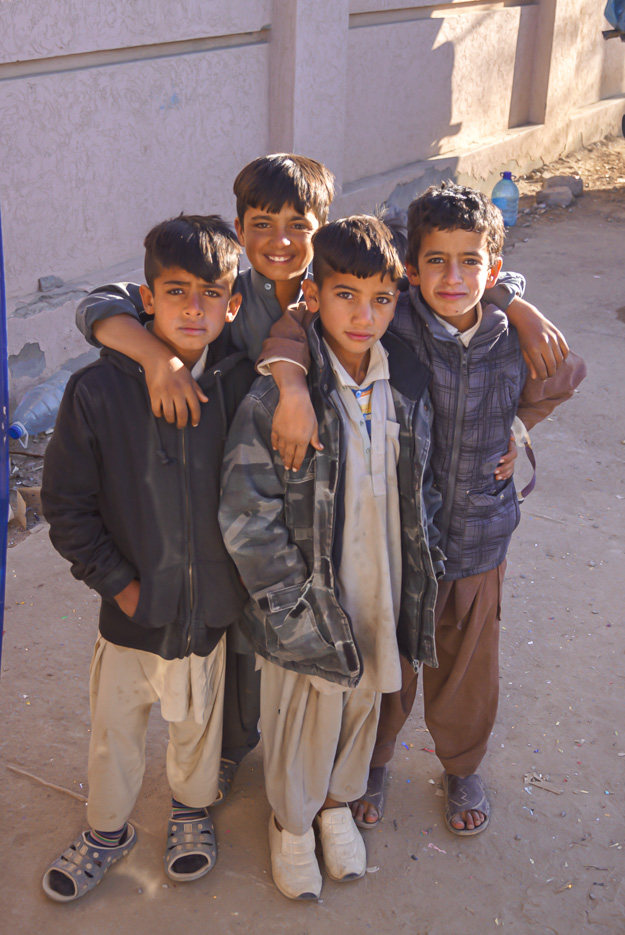 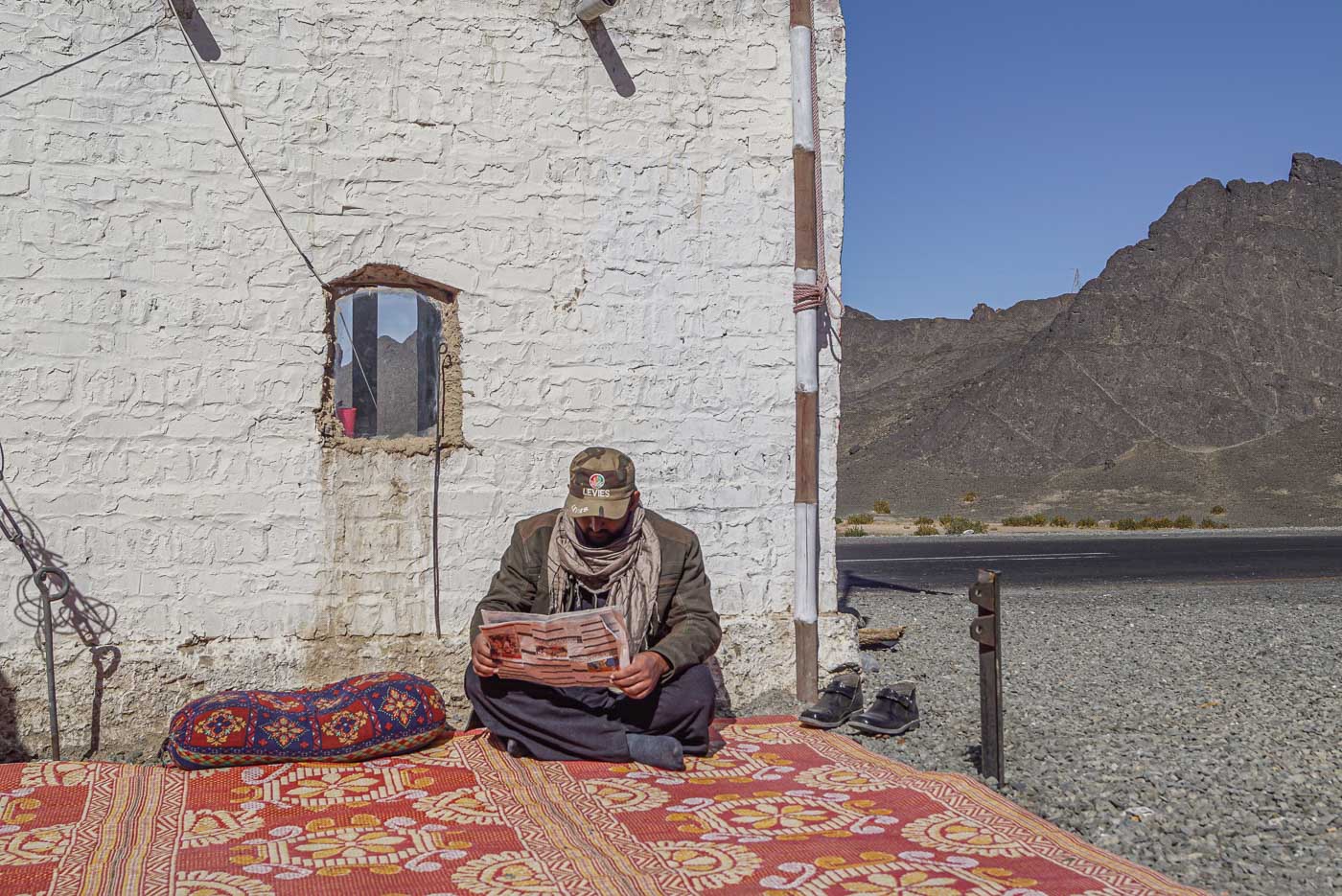 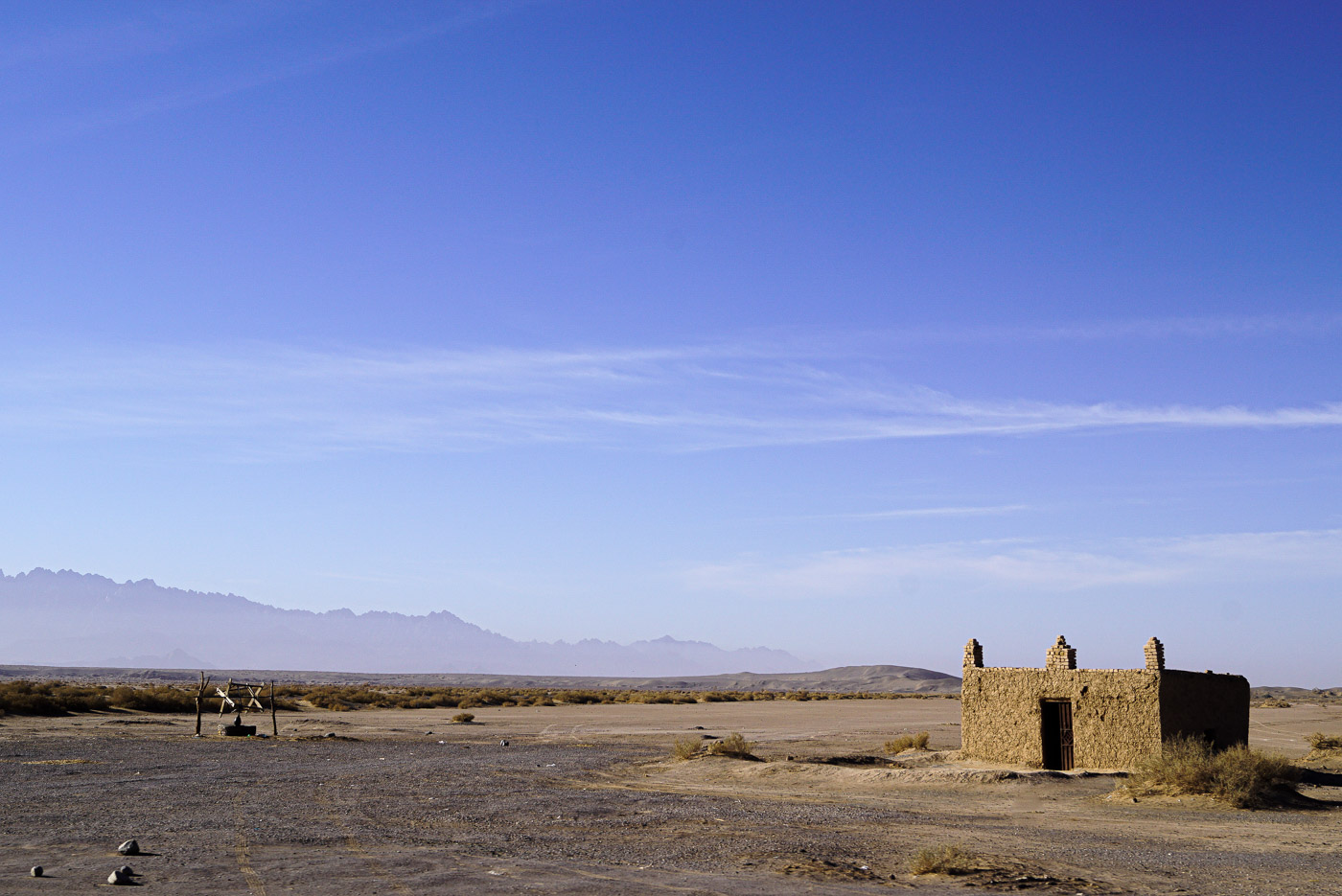 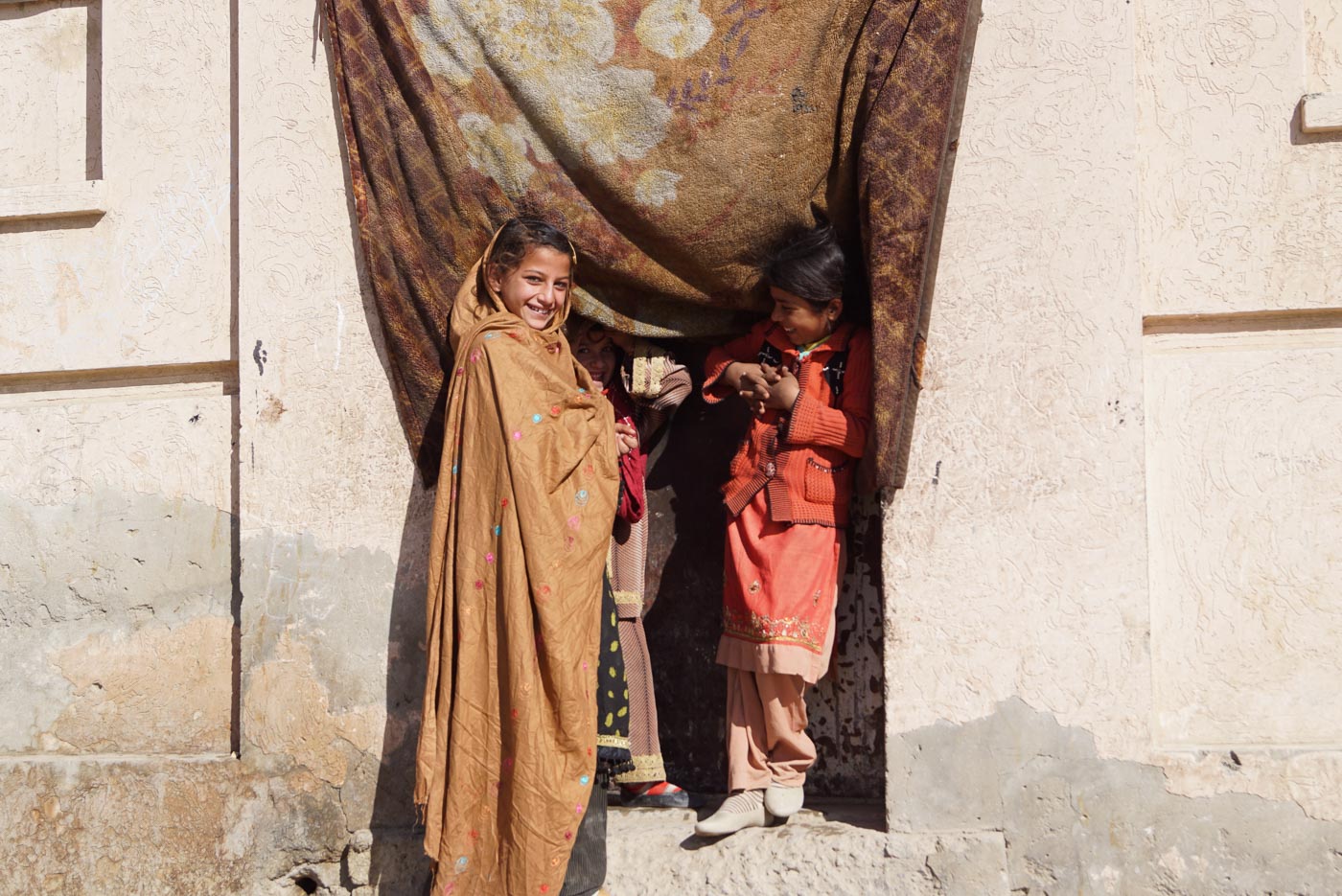 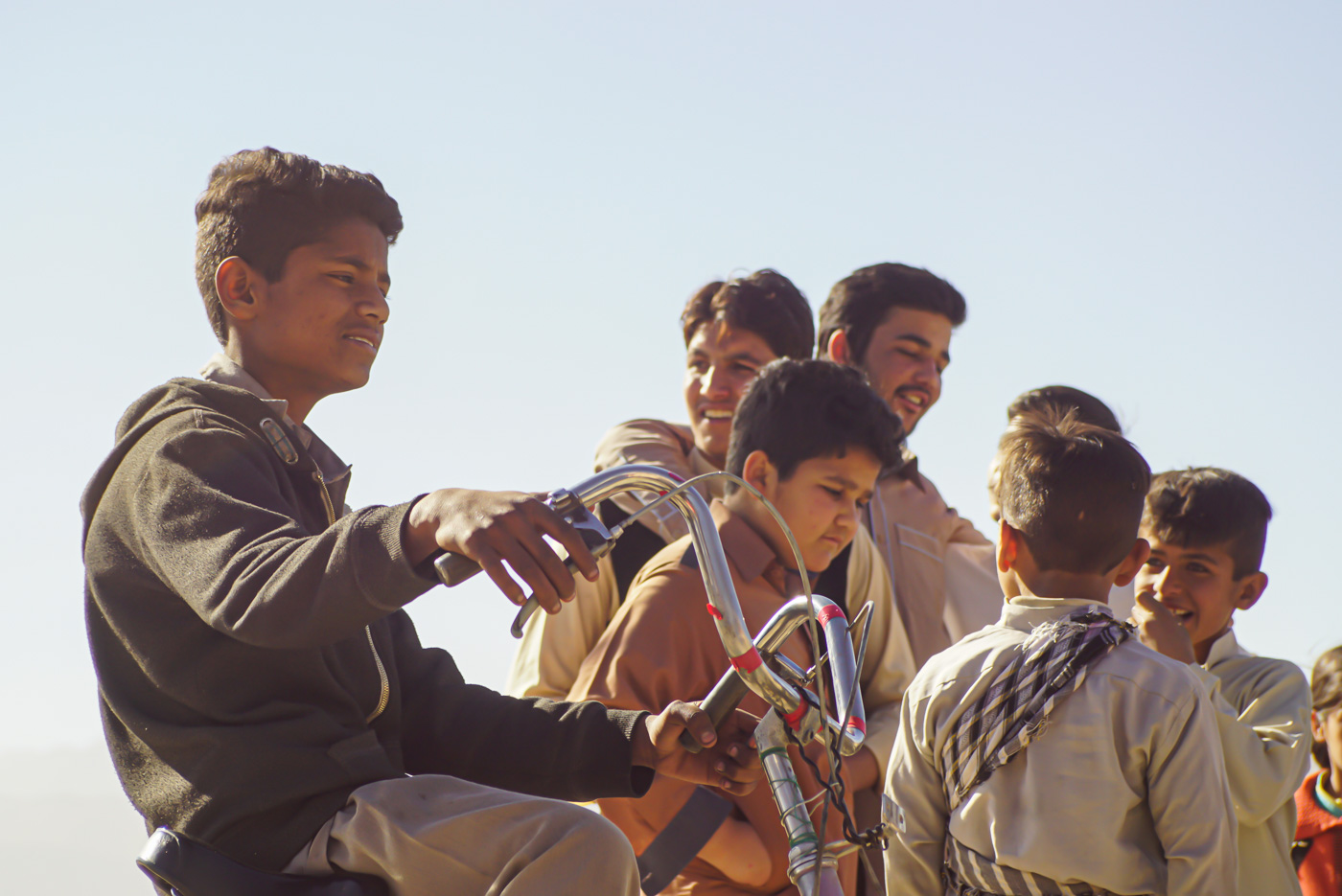 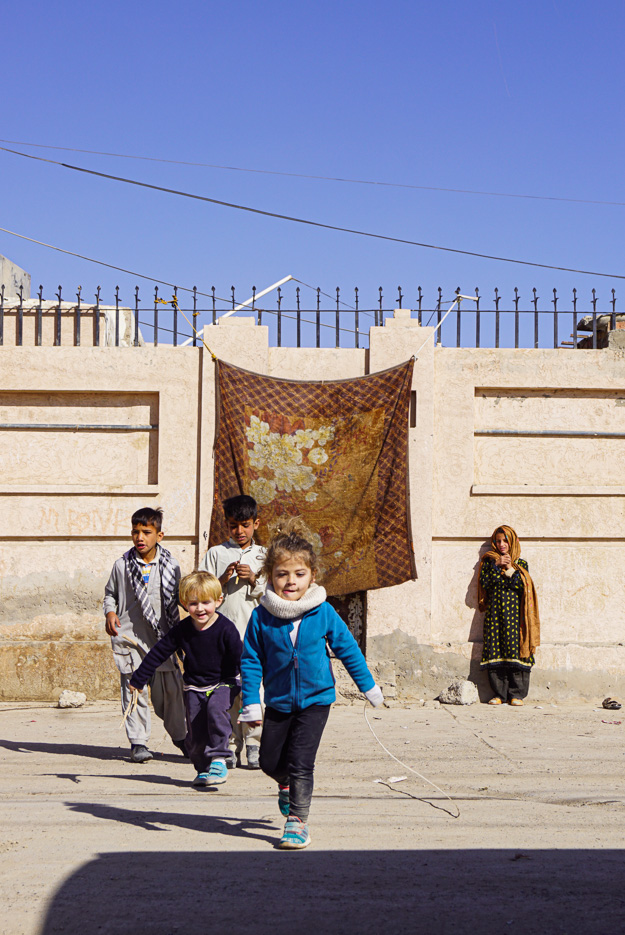 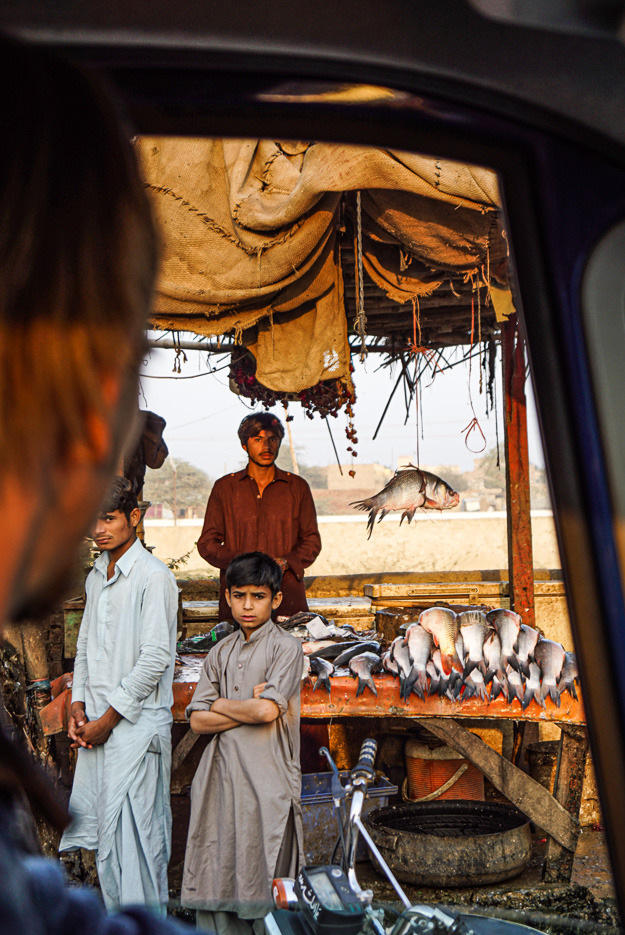 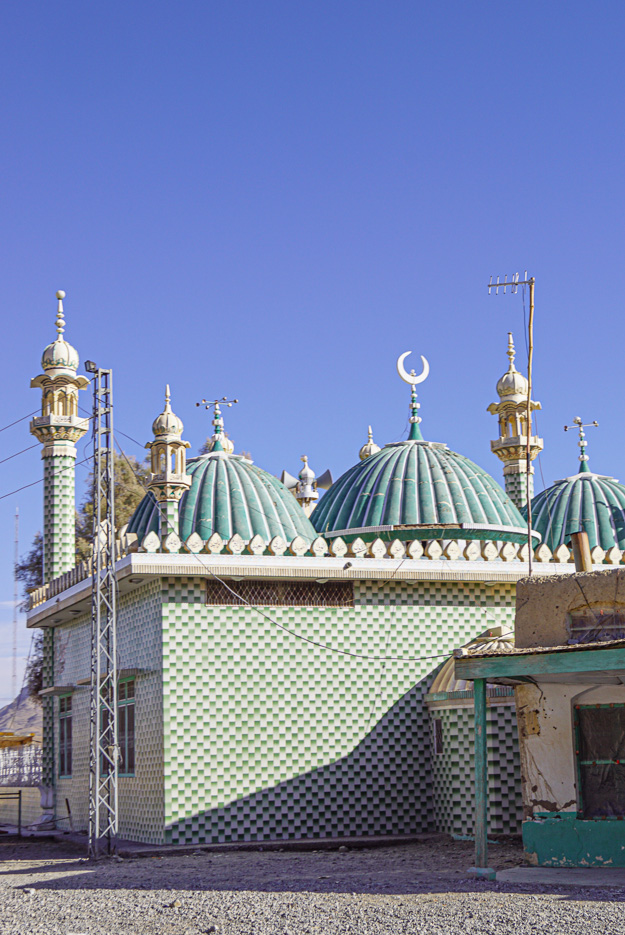 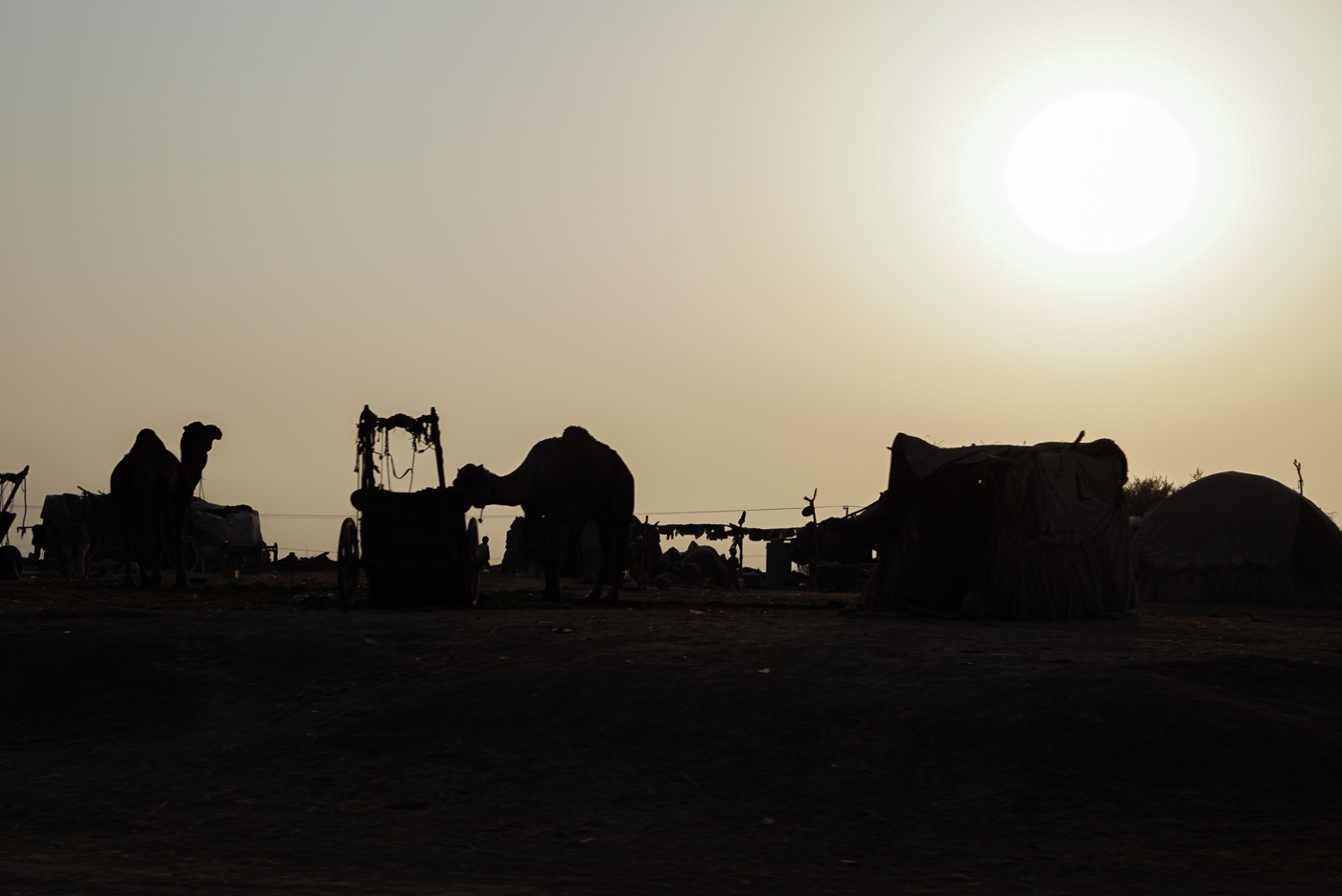 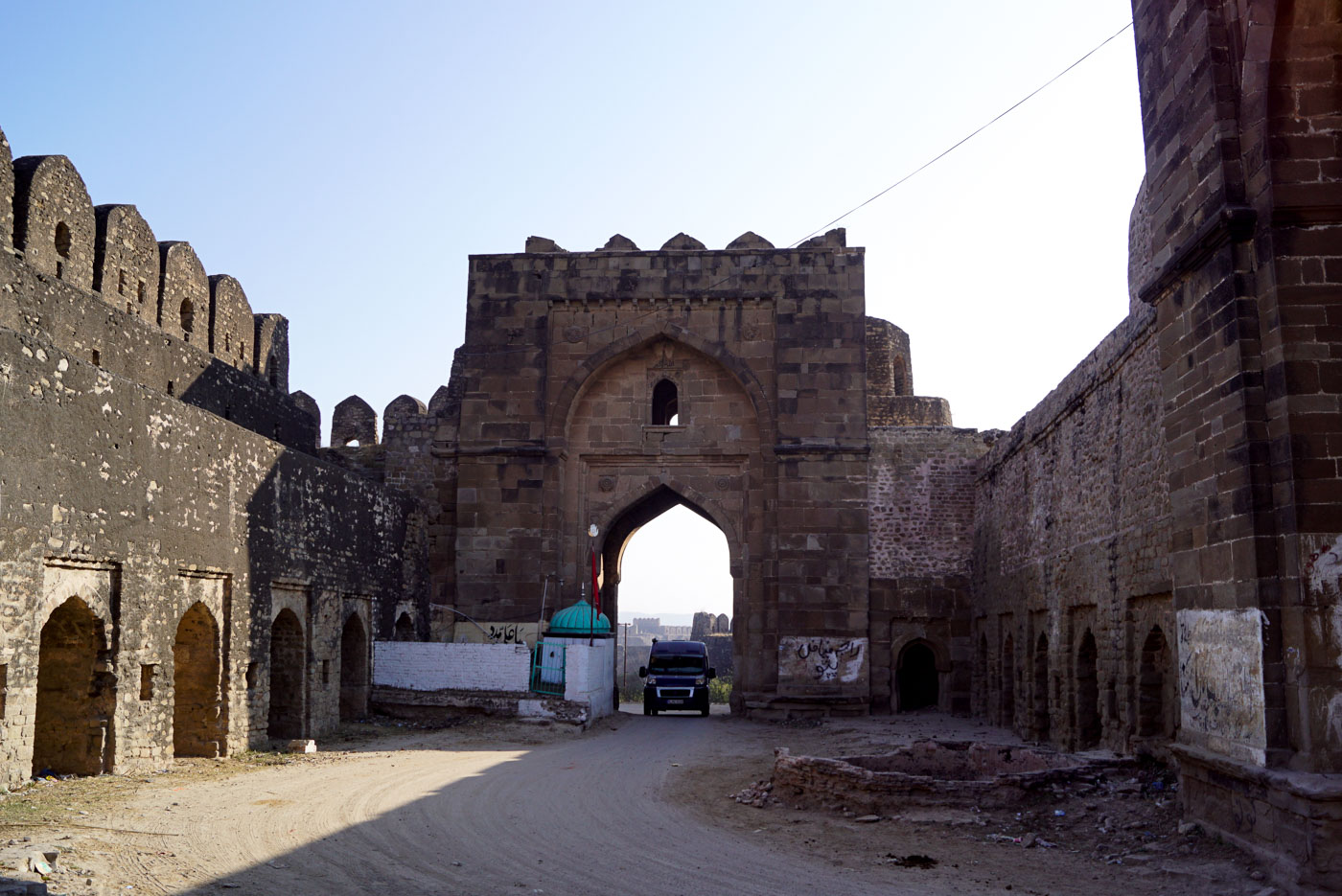 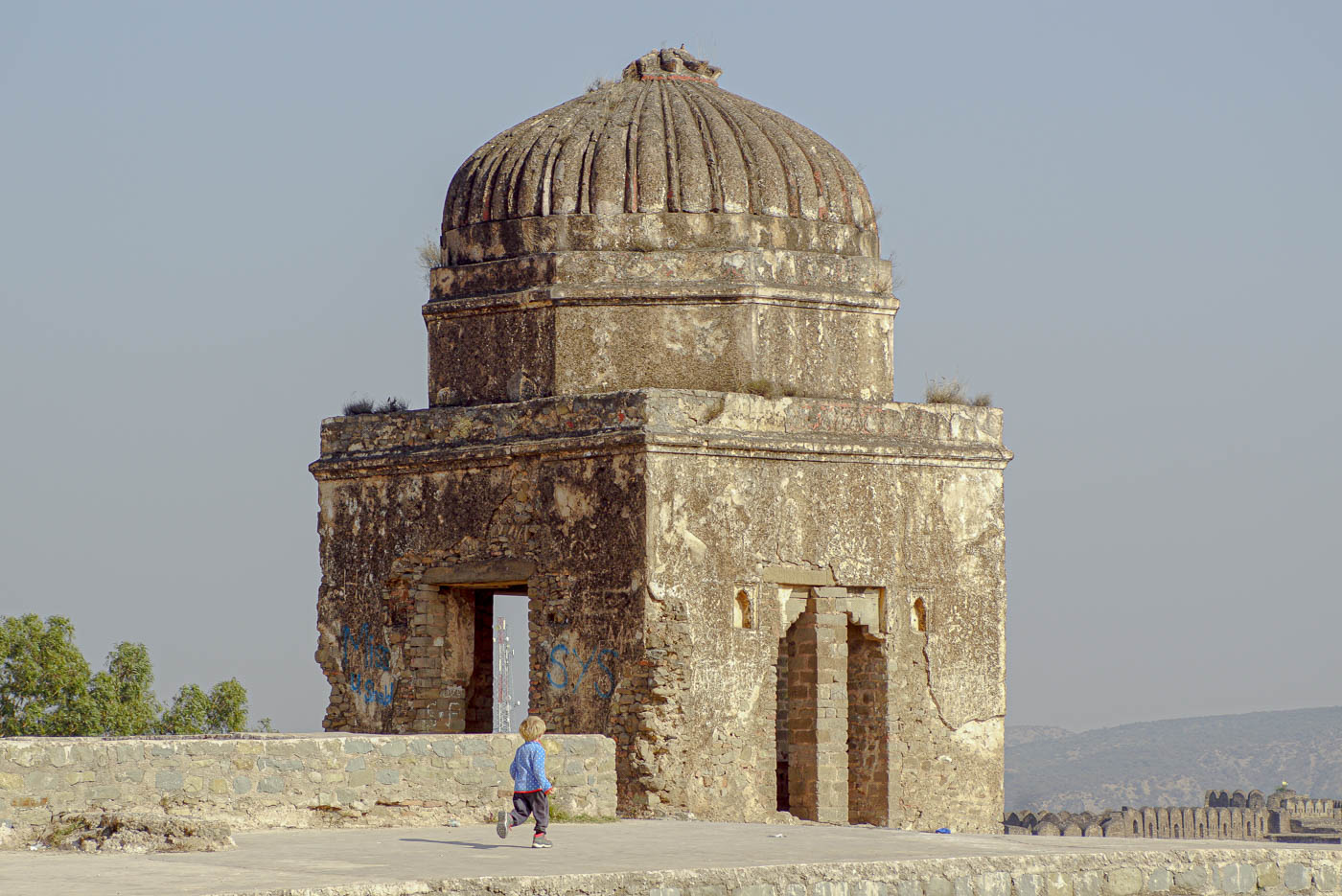 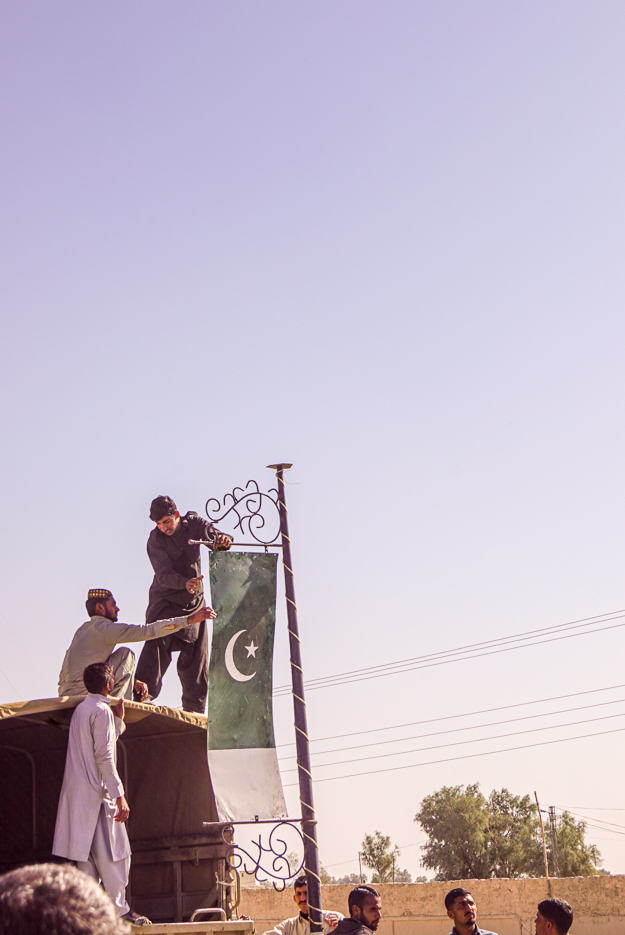 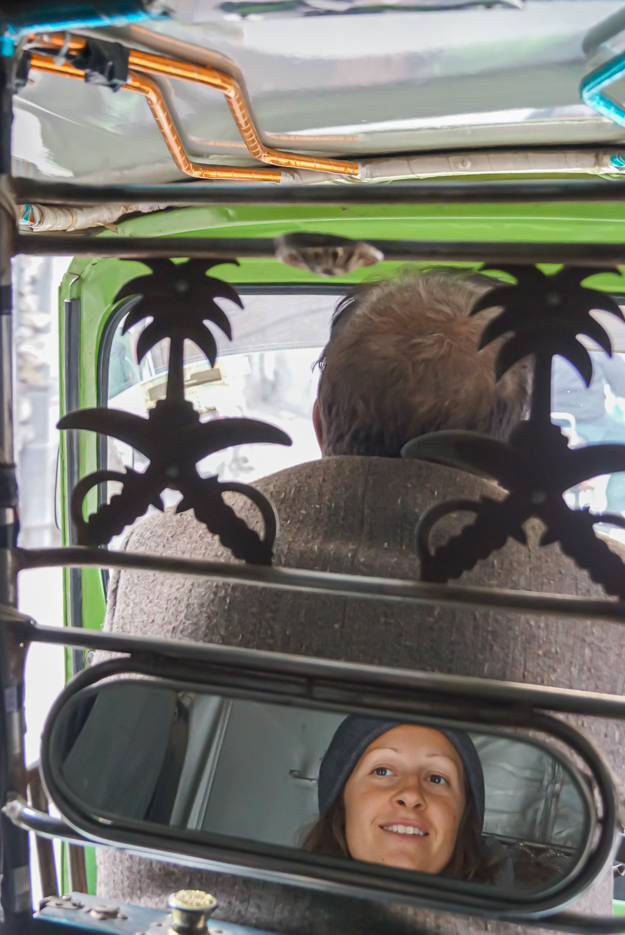 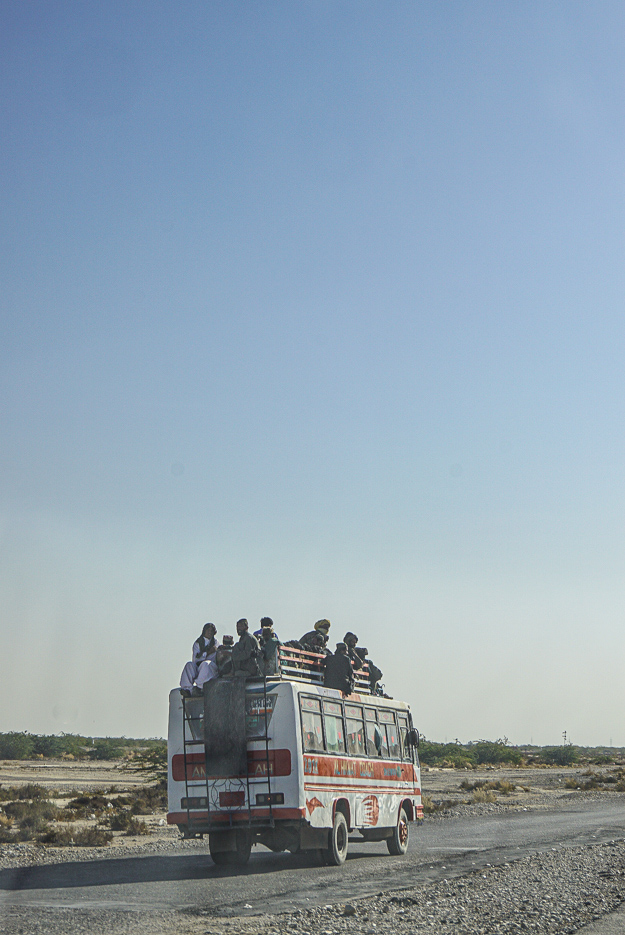 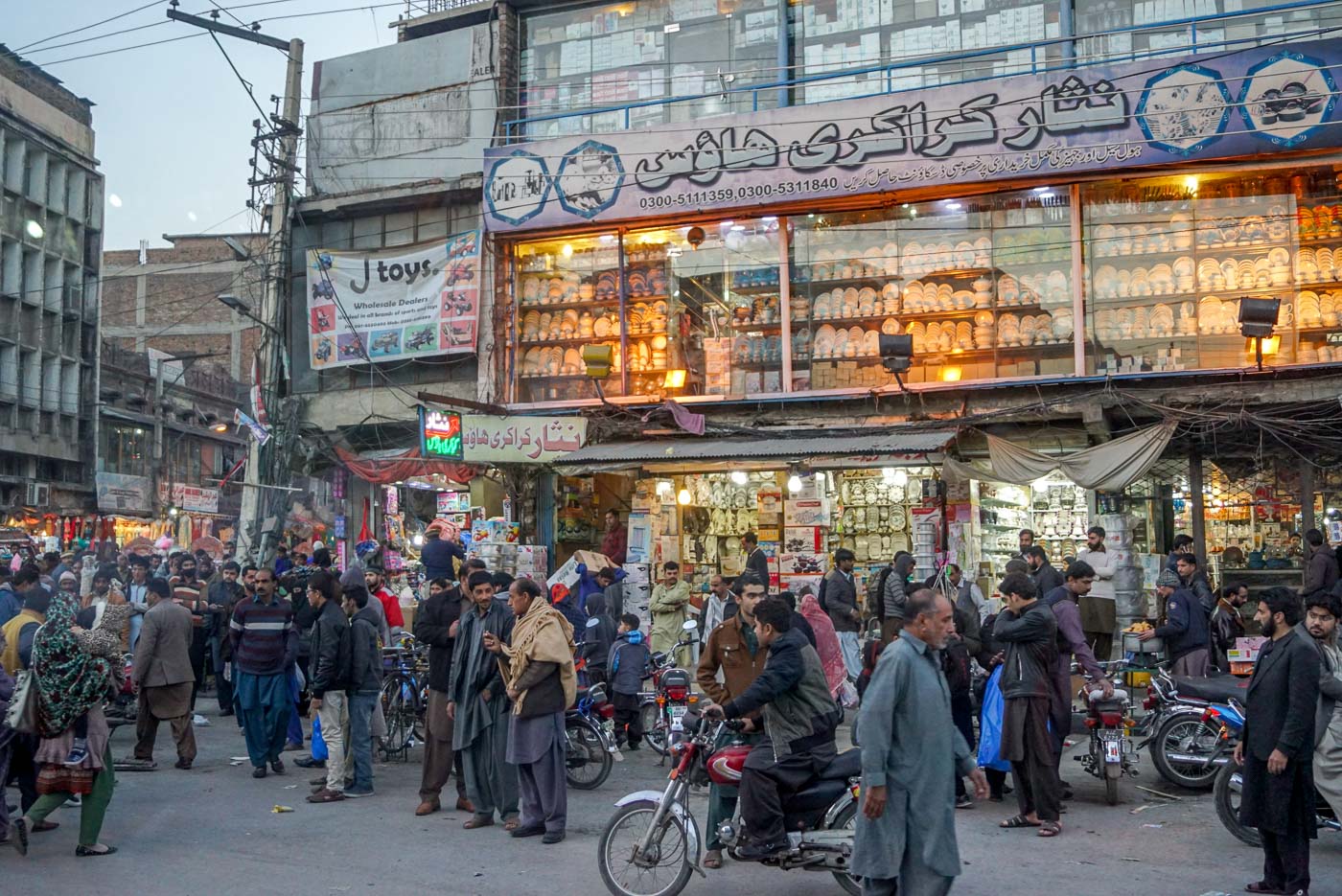 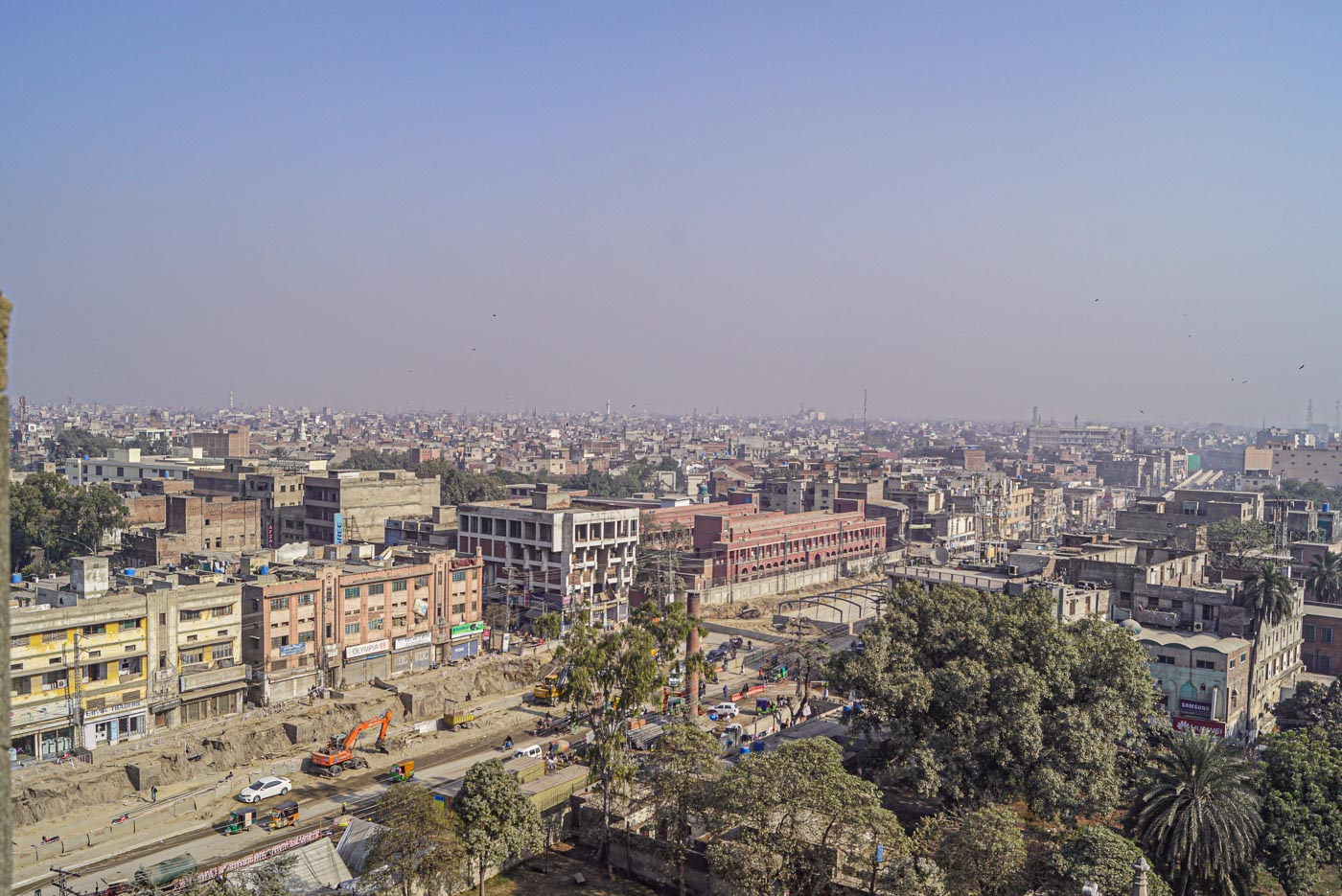 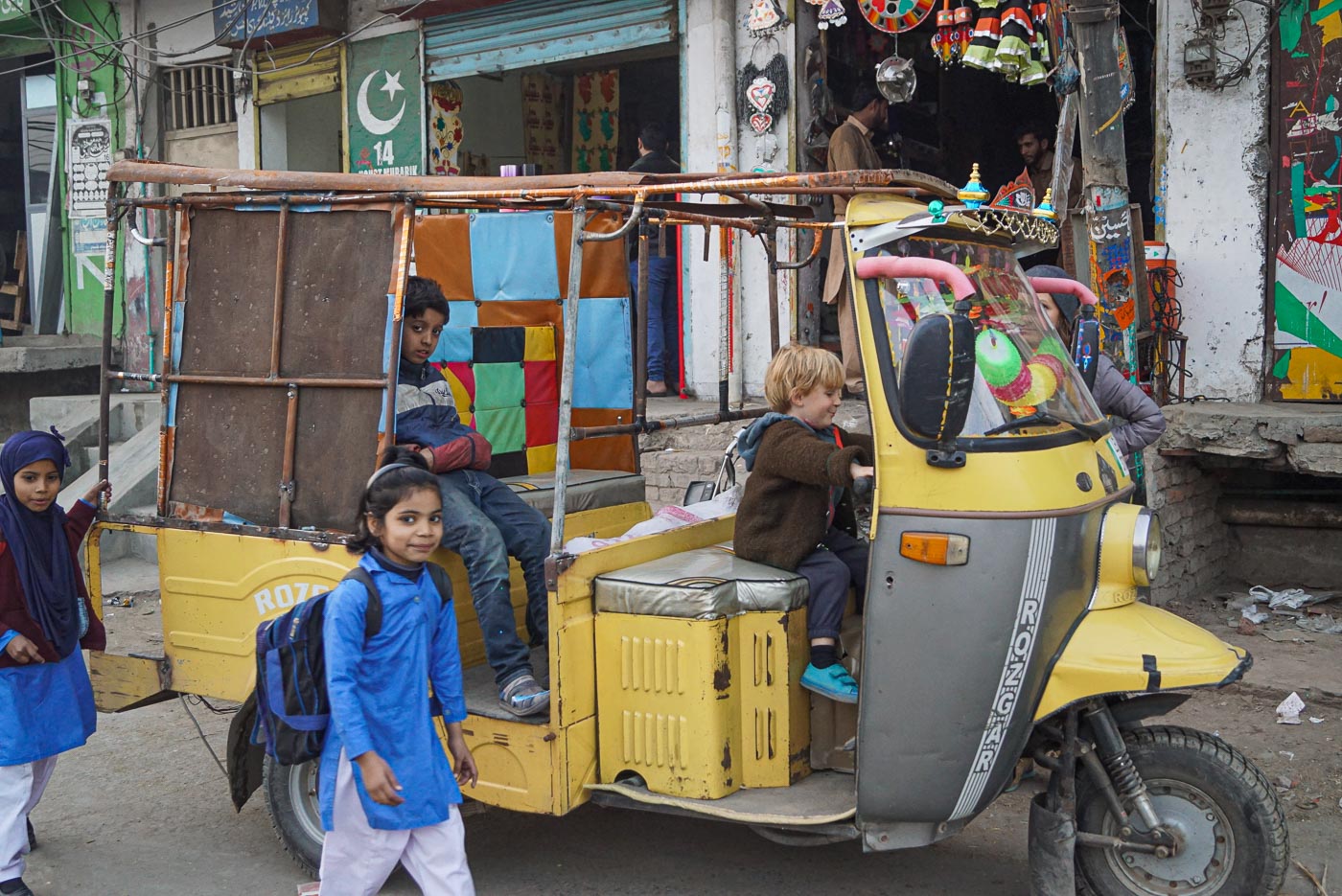 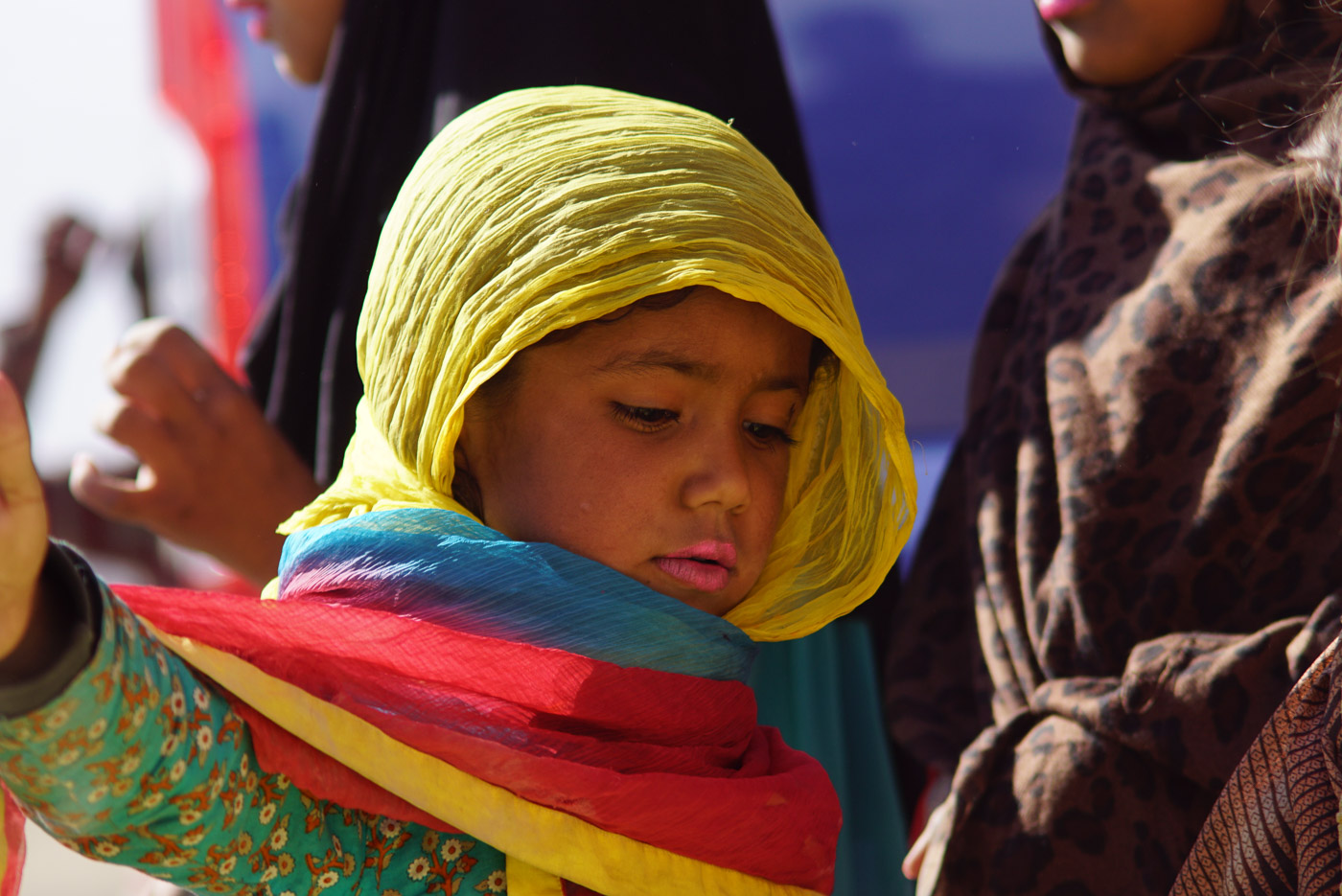